This is Z-LAND where humanity is no longer the top of the food chain, where every day could be your last. Hunger, Thirst, Sleep and Exposure all wear down on you in a battle of attrition with the unstoppable Dead. Find the answer to the question "just how long would I survive" as you and your friends attempt to do just that. What makes Z-LAND unique is we take the survival aspect of survival-horror very seriously. You will see your character weaken as sleep deprivation, hunger & thirst slowly whittle them down. But that is where the choice comes in, will you just take it? Or will you do anything & everything necessary to survive? How much of yourself can you retain in your battle to survive?

Z-LAND is based on the Sigil System base rules, our robust universal system, that makes simple and quick, but with lots of depth. On top of this we've added new rules to test your survival skills to the limit. Hunger, thirst, exhaustion and exposure kills just as easily as an undead, so if you don't take care of yourself then you won't last long in Z-LAND. But it won't be a zombie apocalypse game without the zombies, and we've added a boat-load of different ones. You won't just be dealing with slow, shambling zombies. There will be ones that can sprint faster than you can, punch harder, and some that may even be more cunning than you. All of these pale in comparison to the scourged creatures that walk the wastes, spewing plague-carrying spores into the wind, creating and more infected. Survival in Z-LAND is no easy feat.

We've also included a Quick Start Guide that condenses the most important rules of Z-LAND down to less than 5 pages. So if you (or someone in your group) has never played Z-Land before, or any tabletop RPG for that matter, then this is the perfect way to get up to speed on how to play the game, and leave the finer details to your GM and the main corebook.

Z-LAND starts off in our world, in our present day when all hell breaks loose and 1 in 10 people turn into zombies in their sleep. It's all downhill from there as the world is ravaged by the undead hordes it could never prepare for. It's every man for himself in a world where anyone could turn into one of the undead at any moment. The world is gone, and now we just have to survive.

The story picks up in the second time-frame of Z-LAND: the dead world is now 15 years old and the planet will never be the same. Civilisation didn't rebuild, it just got worse. Less than 1% of humanity before the apocalypse still remains alive and uninfected, facing off against more than a billion undead screamers, biters, runners, shamblers and the unholy scourged. Those that have managed to survive this long intend to keep doing just that, but those born into this new world want to make it their own. And then there is the question of the new, hairless, smart undead they call the Unborn...

The tale concludes in Z-LAND's third time-frame: a new beginning for a new world. 175 years have passed since the apocalypse, and the world has stabilised after a fashion. The Unborn are now the rulers of the world, and us humans have divided into pockets of civilisation, each changing and adapting along a different path. Each has found its niche in this strange new land, but the evergrowing Unborn territories leave no room for us. It now becomes a question of who will kill of who quicker. It really is us or them.

If you want a physical copy of Z-LAND, in hardcover or softcover, check out our page on DriveThruRPG to get your hands on one.

In order to download this game you must purchase it at or above the minimum price of $19.99 USD. You will get access to the following files:

The game's PDF is 261 pages, with an extremely polished layout and a lot of surprisingly vibrant, lovely illustrations given zombie stories' usual propensity for drab shades and decay. The art in Z-Land somehow splits the difference between that and a radiant, colorful approach, and instead of being internally conflicted the result is gorgeous.

Lore-wise, this book is a bit weird to read in 2021. It's both slightly optimistic and dead-on prescient about how bad large institutions are at responding to major risks. Z-Land's zombie virus is a zoonotic flu (although the text ascribes behaviors to it that are closer to a parasite, and during the zombocalypse it starts spreading almost exclusively by bites,) but it notably doesn't hijack its host until the host has suffered, recovered, and then gone to sleep. So the first story-beat in the book *is* an interesting, well-constructed, Night Of The Living Dead.

Antagonists-wise, there's the normal offering of fast zombies, slow zombies, and raiders, but Z-Land's flu is zoonotic and it also does weird stuff to animals. Furthermore, there's some Red Markets style variant zombies, and also post-zombies born from the infected, keeping combats varied and interesting.

The book's writing is serviceable, and the things that it brings up are clearly thought through. Nothing I read shook me down to my soul, but I didn't have to struggle to read it either. The story treads familiar territory, but the book itself is very thorough, and its level of attention to detail makes it a solid game text and GMing resource.

Character creation is interesting. The very first thing it does is encourage you to play yourself, but then creation itself is a d100 lifepath system where you're rolling on random tables to figure out your stats. Aging is there as a push-your-luck mechanic, but ala Call Of Cthulhu older characters will probably be slightly more powerful. Still, I think both playing you and playing as a fully randomized character will feel fun in Z-Land, and it's easy to simply house-rule that everyone can roll-or-choose this section.

Z-Land's core dice mechanics are a d100 system with a lot of the usual elements, and if you've played any d100 you'll know what to expect. You try to roll under your skill. If you're rolling against someone, you want to get the highest number that's still under your skill. If both fail, the person who initiated the roll loses. For a team activity where everyone's trying to avoid danger (such as everyone sneaking into a building,) you average all the skills and roll once.

Happily, there's a meta-currency, called Sigils, that's determined by your Luck skill. Sigils can be spent to temporarily boost rolls, or permanently lowered to redact damage, so you *do* have some control over the dice. You can also get more by letting the GM complicate your life, ala Fate, but you don't have to pay anything to refuse complications.

Combat is a single action per round, and movement counts as an action. Damage is to hit locations, and there are wound penalties giving everything a more attrition-y feel. This makes ambushing probably the strongest thing you can do in the system, and it makes running away a pretty reasonable choice if combat starts not on your terms.

Interestingly, there are mental hit locations in addition to physical ones, and I really like some of the ways they are handled. When you take sufficient damage to a mental hit location, you end up with an aversion to the thing that dealt that hit. You can overcome the aversion, but only with time and focus. Getting a mental hit location completely destroyed results in an insanity, and these feel more awkwardly implemented, but recovering mental wounds is nicely open-ended. Hitting a breakthrough, spending time with friends, or seeking counseling all work, and the game's mechanics accept any of them as long as they feel right in the fiction.

For GMs, there's both a wealth of setting information and scenario hooks for each of the three eras, and there are some broader pointers on how to safely GM a game and some really neat charts about how various man-made elements and systems decay in the absence of human intervention.

Overall, I think Z-Land is a solid setting resource, and potentially a good engine for you if you like its quirks. Because so much of the book is lore and backgrounds and other storytelling elements, you're not going to lose anything critical by converting the game's core dice to something else (although you may want to keep the resource tracking and starvation/thirst/sleep deprivation meters.)

So if you're 100% all-in on zombies but somewhat hesitant about d100 zombies, you'll still find a lot here that you like.

If you don't like zombies, this might still be interesting to you because the later eras feel much more post-man. If you like the kind of decay and reconstruction that's been going on in the last couple of Fallout games, say, you'll likely find stuff here that you like too.

Ultimately, I think if you want a lot of zombie-related resources, gorgeous art, and a medium-crunch system, give this a shot.

-Page 29, How To Create A Character, you may want to say the "all Skills start at 30" part first.

-The core rules not showing up until after The Fall feels a little weird.

-Page 63, Superior Position, second to last para, "an make you think" and

-Page 81, I'm not sure what specializations do, and if I am right in my reading of them, there's some weird wrinkles to how they work. For example, let's say I get Athletics to 50 and I take Dodge at 50. Then I get Athletics up to 60 and I take Parkour at 60. My Dodge is still at 50, and if I wanted a higher Dodge I should have waited to get it later. But more importantly, why would I roll my Dodge when I have Athletics? If you have to take a specialization as soon as you have it, getting specializations is worse than not getting them. And if you can't do the things specializations do without having them, then stuff like Diplomacy (Trading) feels *really* weird, in that players can't trade until they've acquired the specialization. Would it make more sense just to have each specialization give you +10 on rolls involving it? Or is there something to the mechanics that I've just completely missed? 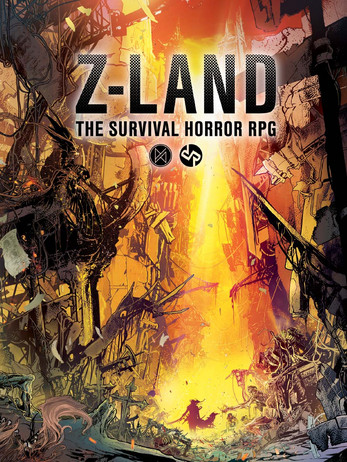 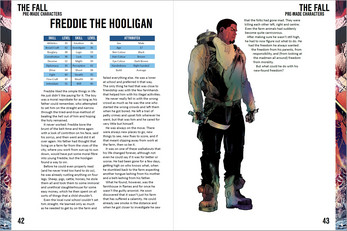 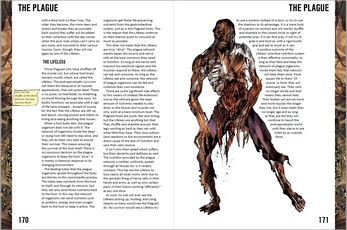 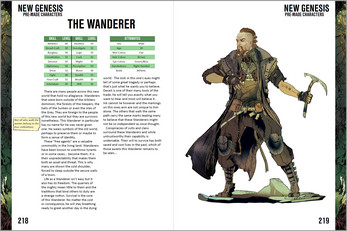